Is the end of ICOs approaching? 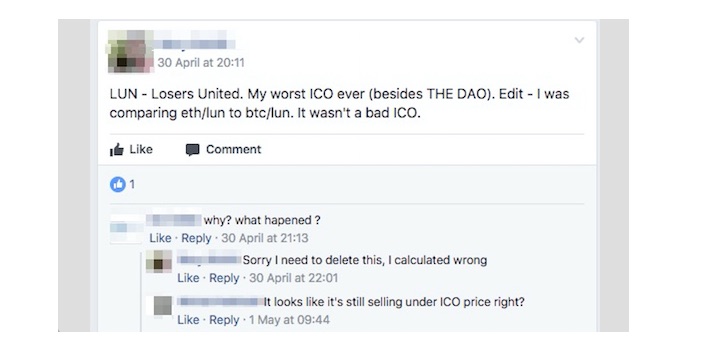 A lot changed for initial coin offerings during the summer 2016.

There has been a post on 2nd May 2017 at law111 and elsewhere that caught the attention of the crypto community. To be honest, it was an interesting thing for some die hard bitcoiners since they started projecting the EndOfEtherium™ - the ICOs will get regulated, there will be no reason to buy ETH anymore, ETH will collapse and BTC will get it’s market cap share back. It is a bit too far out there, nonetheless there seem to be regulations in the making. The post on law111 says:

In early 2017, multiple state legislatures have taken action reflecting their recognition of the potential impact of virtual currency and blockchain technology. These actions have ranged from requests for further information regarding the technology to an active debate regarding a specific use case.

…continuing with a state-by-state US legislations.

In a more human readable form, this was discussed at crowdfundinginsider.com in March already:

For those of you not familiar with what ICOs are, here’s a quick summary. Lots of folks working in the blockchain world needed money to fund their project or startup. So they decided to invent their own “coin” variant and sold those coins to fund their project/startup, in exchange for some financial upside in the project.

Sound familiar? That’s because it is. This is the story of every capital-hungry startup/business/entrepreneur.

I’ve heard ICOs described as a “donation with financial upside” or “crowdsale” (whatever that is), and a number of other things—to try to avoid securities laws. First of all, a donation is a donation— you’re giving away money (or bitcoin), and there is no financial upside to a donation. A “crowdsale” of tokens—to the extent those “tokens” represent securities—is still a security. There are a number of different things that ICOs are doing, so it’s difficult to address the entire industry in one article, but let me impart some guidance to make this easier to understand: If walks like a duck and quacks like a duck, its probably a duck.

Eric Voorhees was the first to test the waters

The penalty for such offense is a fine and restriction for the person that was the head of the enterprise - typically they cannot serve as a chief executive of any company again, or they cannot raise capital again. This is supposed to mean the end of the person’s career although apparently Eric Voorhees is still around and doing well.

June 3, 2014, via SEC.gov/litigation – Respondent has undertaken to: Forgo directly or indirectly, including, but not limited to, through any entity owned or controlled by Respondent, participating in any issuance of any security in an unregistered transaction, in exchange for bitcoins or other virtual currency, for a period of five years.

His later crypto-focused company that he founded, ShapeShift, had normal funding rounds like your usual startup would have.

What is the regulation actually for?

Well, it is supposed to be a way to check the entrepreneur, in theory it should reduce the amount of scam artists in the industry.

First thing, however, it is safe to say it will take the regulators a while to figure out how to deal with the very new thing an ICO is.

Another thing is, many people who had done ICOs before are certainly safe. There is several hundreds of crypto tokens by now. Some of them were funded by pseudonymous identities. In some cases the project that was backing them doesn’t exist anymore. Nobody will ever know.

Wait…is there a way this could possibly be done in the future as well? Could this actually mean the scams will not go away, not even with the regulation?

Tim Draper has been “the person in the news” this week when he announced his participation in Tezos token ICO. Some people even said, this might be the last ICO before regulations so I might just invest. That’s totally a … reason /s.

Via Reuters News on pehub.com:

Draper, an early supporter of bitcoin and its underlying blockchain financial ledger technology, told Reuters in an interview he will for the first time participate in a so-called “initial coin offering” (ICO) of Tezos slated later [in May 2017]. “The best thing I can do is lead by example,” said Draper, on his plan to participate in Tezos’ token offering. “Over time, I actually feel that some of these tokens are going to improve the world, and I want to make sure those tokens get promoted as well. I think Tezos is one of those tokens.”

With someone so influential backing a token, this could likely be a self fulfulling prophecy.

Tezos is a self-governing technology running with proof of stake. All upgrades and changes can be done automatically, without forking and without political infights. There should also be incentive for making the inovation on the Tezos ledger rather than forking off an appcoin. The Tezor creators argue the appcoins dilute the value of the parent coin rather than contribute to the network effect.

You still have to make your own decision

Look at the idea, the team, the marketing, the roadmap and last but not least the token. The price, the allocation (how much will the developers have?) and inflation.

The market cap thing is flawed, there is a good in-depth article about that on blog.sia.tech:

Take Zcash for example. It has a current market cap of $110 million with a total supply of 1.2 million ZEC, but over the next five years 9.8 million ZEC will enter existence. This super-high inflation will drastically increase supply each year, which in turn will affect the market cap. There is no way, however, for the average investor to quickly discover this inflation factor.

We recommend adding a new metric called inflation factor that indicates how the market cap could be affected over the next five years by token inflation:

You see that only by making economically sound decision rather than spreading your money randomly across all ICOs will shrink the amount of feasible ICOs a lot. But indeed, reason is never enough to stop the bubble.