In 2020, Women Are Finally Breaking Into the Bitcoin Industry 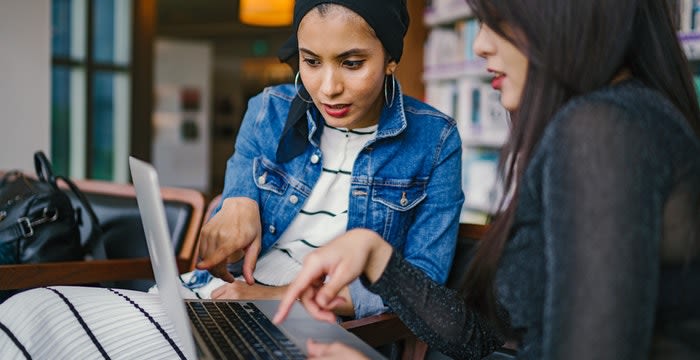 Typically thought of as a male-dominated industry, the numbers of women on the crypto markets are reportedly increasing. Why is that and what does it mean?

Are there many women on the bitcoin markets?

Due to the pseudonymity of Bitcoin, the total counts of Bitcoin wallets held by women is forever speculative. The cryptocurrency was designed in such a way that the owner of it would not need to provide self-identifying material in order to interact with the digital currency.

Still, as adoption rates have soared, analytics and oversight have started peeling back the veil.

This is because governmental legislation in some countries begins to tighten its grip on digital currencies and reporting the world over as adoption continues to rise.

What was once built to be a fully decentralized arena, the “Wild West” of currency exchange, is now subject to KYC practices and tax liability.

Which might not be a bad thing. At the very least, it gives us more information about who is actually on the market.

As more new users introduce themselves into the cryptocurrency market, using online exchange platforms like Bitvavo, bitcoin markets have seen a surge in women users.

This may suggest the cryptocurrency markets are stabilizing. Perhaps Bitcoin is indeed becoming the safe-haven asset it has long been touted to be.

Historically speaking, women rarely showed up to the bargaining tables and boardrooms of tech companies and financial industries.

While numbers are slowly starting to find an equilibrium these days, women still only make up anywhere from 10 to 30 percent of this workforce.

Prior to 2018, these numbers were reflected even more poorly in the Bitcoin arena. At least according to the estimates, women were making up less than 7% of cryptocurrency users in 2017. The market created approximately $85 billion of wealth creation that year, but apparently women were not around for that.

Bitcoin was historically touted as a “boys club” straight from its humble beginnings. While no one knew exactly who started the digital currency, as its founder Satoshi Nakamoto is a pseudonym, one that has never been attributed to any one person or group of people.

But, the currency got its start in the ultra-male focused field of technology sciences, going even deeper than standard IT circles - into the mega geek recesses of PC gamers and cyberpunk communities.

The original forums and social apps that promoted bitcoin, like Reddit and 4chan, are still to this day marketed to and largely populated by males. To the point that bitcoin and blockchain industries pre-late 2018 were having meetings in strip clubs and the virtual backrooms of these male-centric digital social clubs.

Whether this was an active effort to shut out female participation, or just a natural expression of a historically male-dominated field is up for debate.

It was thought that this disparity exists largely because of the underground origins of the coin. Bitcoin was first made famous for bent-truth applications like purchasing illegal pornography, drugs, and even weapons or hitmen on the dark web.

However, following the FBI raid and shut down of the “Silk Road” the famous underground den of iniquity where such purchases could be made, Bitcoin adoption didn’t falter.

That left many to wonder just how true those original claims were.

Either way, women have been slow to adopt digital currencies and blockchain technology.

Some of the modern spins on evolutionary theory proclaim that this is because of the difference in the social values of many women, where concerns lie heavily with supporting families.

Women are found to be far more risk-averse than men, suggesting that choosing to delve into budding tech businesses and highly volatile market speculation is less likely to appeal to women on a psychological level.

Which may explain why the crypto industry is only really starting to capture the female interest and adoption in 2020. The industry is somewhat more established. The dollar valuation of Bitcoin is somewhat stable, at least compared to the past.

More women are starting to show up as investors, traders, analysts, journalists, developers, and startup leaders. Massive crypto companies like Binance and Bancor lend credence to this theory, as near 50% of their employees are female.

More ICOs and blockchain startups are being spearheaded by women in 2020. Tezos, arguably one of the most exciting ICOs since Ethereum is co-founded by a woman. Blockchain divisions of IBM and JPMorgan Chase are headed by women.

In the past two years, women in blockchain-related industries have increased from 8% to 12%, with no signs of stopping. Women like Elizabeth Stark, founder of bitcoins’ Lightning Network protocol, are paving the way for lower tiers of women-focused involvement.

The increasing interest from women may make sense, especially when weighed against the historic participation of women in business fields.

Generally speaking, the integration of digital currencies became commonplace throughout many sectors of everyday life. Even if those are not necessarily cryptocurrencies, it is now less outlandish to imagine investing into a cryptocurrency even for someone who is fairly conservative.

Also, a whole another point of view comes up in the light of the current economic recession or even the previous government failures in some countries, where Bitcoin already offers a more stable choice of income for anyone who works remotely.