About the proposed Ethereum ETF 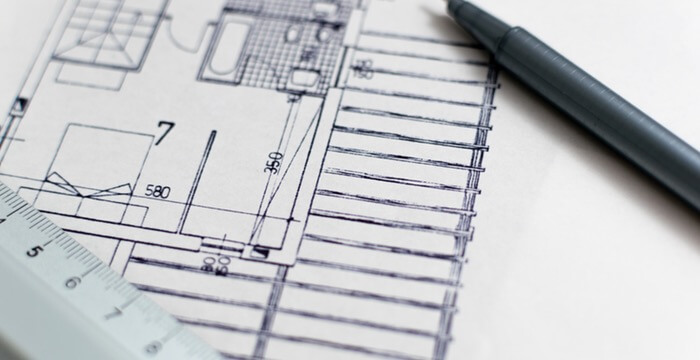 The surveillance section of EtherIndex's rule change (which after the Winklevoss' BTC ETF seems to be the key part) proposes a strategy which might be more plausible.

Image: The surveillance section of the rule change seems to be the key part after the rejection of Winklevoss COIN ETF. EtherIndex’s suggestion seems more plausible.

EtherIndex has withdrawn their application. Full document at sec.gov

After the SEC disapproved the rule change to allow listing of Bitcoin ETF on the 10th of March 2017 the majority opinion has been along the lines that other cryptocurrency ETFs most likely don’t have a chance because all cryptocurrency markets are unregulated. Nonetheless there is a nice twist in the rule change for ETH ETF - an idea that didn’t appear in the Bitcoin rule change.

The initial S-1 filling for the ETH fund appeared in July 2016 after the SEC opening a proposal for the COIN ETF for public comment and also right after a filing by SolidX to launch a Bitcoin ETF. Laura Shin of Forbes commented the “filing appears to be hastily put together”:

EtherIndex itself was only founded a month ago, and its filing is mostly incomplete, acting more as a shell or placeholder. It does not name an exchange, ticker, trustee or administrator. via forbes.com

This is a snippet from the filing itself. It introduces Ether by comparison to Bitcoin.

As filed with the Securities and Exchange Commission on July 15, 2016

Ether is a digital asset (“Digital Asset”) similar to bitcoin that is not issued by any government, bank or central organization. […] The Ethereum Network is a recent technological innovation, and the ether that is created, transferred, used and stored by entities and individuals have certain features associated with several types of assets, most notably commodities and currencies.

However, further down in the text it clears up distinctions between Ether and Bitcoin.

While the bitcoin network permits users primarily to execute value transfers, the Ethereum Network allows users to program any arbitrary code and execute it, including value transfers. […] The Ethereum Network may be viewed as a global, decentralized computer in comparison to the bitcoin network, which is more similar to a global, decentralized payment network.

The filing also explains that as Bitcoin is meant more like a store of value it has a cap on the amount of BTC that will be ever mined. It goes on to say that ETH has no such cap and more Ether will be created as needed, but the utility of Ether is primarily not a store of value or a payment system.

The nonexistent cap has been controversial ans is also the reason why this moneymorning.com article claims that an ETH ETF can never work - it is supposed to be a bad idea since ETH has no cap on the amount of Ether that will be created.

The rule change to allow listing of an ETF trading Ether shares was published in January 2017. The ETH ETF should be listed under NYSE Arca Equities.

Pursuant to Section 19(b)(1)1 of the Securities Exchange Act of 1934 (the “Act”)2 and Rule 19b-4 thereunder,3 notice is hereby given that, on December 30, 2016, NYSE Arca, Inc. (the “Exchange” or “NYSE Arca”) filed with the Securities and Exchange Commission (the “Commission”) the proposed rule change […] The Commission is publishing this notice to solicit comments on the proposed rule change from interested persons.

The Exchange proposes to list and trade shares of the following under NYSE Arca Equities Rule 8.201: EtherIndex Ether Trust (“Trust”).

For the EtherIndex ETF, Coinbase is supposed to be the custodian and the pricing should be based on GDAX dollar price of ETH.

For one thing, the participation of Coinbase/GDAX itself seems to be a better idea compared to the Winklevoss Gemini - an exchange that doesn’t have much volume and was probably created only with the ETF in mind.

The interesting part comes with the Surveillance section of the ETH ETF rule change though.

If you didn’t care about the Bitcoin ETF much you might not know it but insufficient control over BTC markets (both spot and derivatives) was the most prominent critic the SEC mentioned in their order disapproving the COIN ETF.

Order disapproving rule change for COIN ETF: […] the Commission is disapproving this proposed rule change because it does not find the proposal to be consistent with Section 6(b)(5) of the Exchange Act, which requires […] to prevent fraudulent and manipulative acts and practices […]

The SEC didn’t like the fact that majority of BTC trading occurs on exchanges out of their reach. Should a manipulation occur the SEC also wouldn’t be able to find out who’s causing it.

Was it the Winkletwins’ idea that exchanges should agree to provide data so that there can be an ETF listed? There is no mention about surveillance-sharing agreement in the EtherIndex rule change. Instead, the exchange pleads to monitor the market and intervene in case there is an anomaly in the trading activity which could potentially be a manipulation.

Given enough data this sounds like a plausible way to detect manipulation while at the same time there is no agreement needed whatsoever: the market data are freely accessible.

The surveillances referred to above generally focus on detecting securities trading outside their normal patterns, which could be indicative of manipulative or other violative activity. When such situations are detected, surveillance analysis follows and investigations are opened, where appropriate, to review the behavior of all relevant parties for all relevant trading violations.

The rule change also states that price of Ether shares should be determined based on GDAX ETHUSD market but if the market will seem unhealthy, a Kraken pricing might be used. If Kraken is not available, it would be Gemini. If no big American exchange provides reasonable data, the pricing of Ether shares can be set manually.

[…] if the Sponsor determines that the Kraken Bitcoin Exchange and the Gemini Exchange prices are not appropriate bases for evaluation of the Trust’s ether, the Sponsor’s [EtherIndex LLC] good faith estimate of the market price of ether.

Of course one question is whether there was a reason the Winklevoss brothers opted for the tedious and probably next to impossible route of surveillance agreements - or whether simply nobody considered this way. In the recent days Bats filed a petition for the SEC to change their decision and list the COIN ETF after all but even now there has been no change made to the proposal. And another question is indeed what will the SEC actually say to the EtherIndex suggested solution for the surveillance and control problem. We’ll have to wait for that.

Image: An illustration, not a statistics! Volume distribution across countries for ETH/fiat pairs in the top 20 ETH markets. Single day data only, via coinmarketcap.com. View as PDF

After all, from a legacy investor point of view it does not make such a fundamental difference whether to invest in Bitcoin or in Ether. The two currencies trade like competitors, very often they are inversely correlated, while both of them are equally uncorrelated with all of the legacy markets.

Ethereum is backed by https://entethalliance.org/. The EEA is a group of about 30 companies that include Accenture, JPMorgan Chase or Intel.