Litecoin: This time it's different? 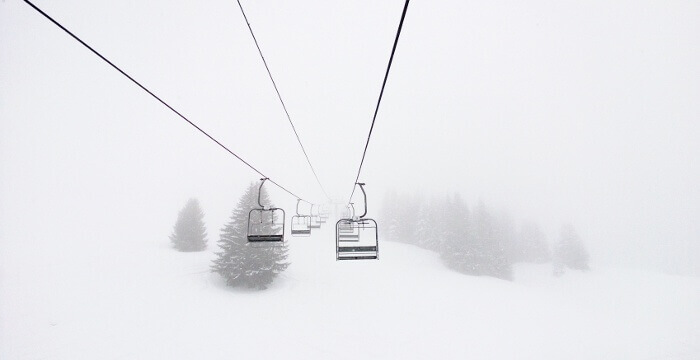 Image: Wait is this up or down?

Arthur Hayes of BitMEX made his prognosis in the last issue of their newsletter - available here, scroll down to The Rock Is In The Building.

Litecoin has acted like a rock in trader’s bags since it hit its all time high of $40 in 2013. The technical merits of why Litecoin should be worth more than $0 are few and far between. Litecoin exists on life support only because Chinese traders for some reason enjoy trading it.

Litecoin is some form of legacy. A BTC spinoff dangerously close to bitcoin only with the advantage of faster transactions, it is easy to implement for an exchange that already does BTC. The reason most people who aren’t bagholders buy and sell litecoin is they are bitcoin traders and want to move USD from one exchange to the other whenever BTC is too volatile or too FUD-ridden to be safely in. By the way, that’s also what people sometimes use DOGE for but LTC is more widely supported. For one thing, it’s the only non-fiat and non-BTC way to get out of OkCoin.

Over time this developed into a popular strategy: Altcoin traders might trade the first class altcoins - think Ethereum or Monero. Once they feel like the bull cycle is soon to be over they park the money in the second grade alts that remain more or less stable. With the money in the second class they wait for another opportunity in the first class.

The second class coins rarely dump without pumping first so it’s not a totally unreasonable idea, especially if you don’t pick the parking coin completely by random. Sometimes the second grade coins do pump which makes for a nice benefit.

Nevertheless it wouldn’t be a proper pump without people coming up with arbitrary rationalization of the surge. In the case of the Litecoin surge the rationalization says it’s network scaling implementation that is currently still argued about in BTC. This way LTC could be a flagship - if anything the market is letting everybody know that little less conversation little more action please is what makes the community happy.

This is from btc_joe’s TradingView idea:

In a world where bitcoin gets bigger and bigger (and thus less and less likely to make any consensus changes whether it be a hard fork or segwit, etc), ask yourself, does litecoin deserve a place in the market? I certainly have my opinion. Not to mention, if it gets the lightning network before bitcoin…are you excited about this technology? I certainly am.

Indeed, this news came in a moment where the market was so to say available to be affected by the news.

Litecoin was in a downtrend for all of 2016. Technically the price (relatively to BTC) was closing towards a support back from pre-pump 2013 (see BTC-e Quandl data https://www.quandl.com/data/BTCE/BTCLTC).

Soon after that the BTC ETF and BU FUD took over which helped as well. On the April fool’s day someone started signaling segwit on the LTC network originally as a joke but lo and behold, traders took it quite seriously because the discussion was ongoing since February already, see this medium.com post:

With the adoption of Segregated Witness and the announcements of support progressing quickly within the Litecoin network, we may first get to see the full benefits of this technology on one of the original altcoins. With a smaller market cap and some distance from contentious Bitcoin politics, Litecoin is able to take greater risks. It may get to be the first to see this incredible innovation in action.

Image: You see that squishy?

Litecoin @GDAX vol is over $10M. @brian_armstrong, I think it's time we let people easily buy LTC with fiat on @coinbase. What do you say? 😁

The prognosis of Arthur Hayes in his newsletter is that LTC is bound to go down since GDAX got the USD pair too when it showed such a pretty activity now.

It is likely that this is what’s going to happen: GDAX is the exchange removed far from the Poloniex altcoin trading epicenter. It’s where a newly listed altcoin might be bought by laggards who don’t really know much about its market but hope to still make a buck.

They’ll be buying the coins sold by those who bought at Polo early enough.

From the cryptowatch snapshot above you’ll probably be able to tell the current action looks like wave 4. The people who timed it right took their profits but there is still some buying by those who came a bit late. It should still make for one more up before crashing though, and how big the crash will be, nobody knows.

In this case one should look into fundamentals for clarity.

And in the case of litecoin, this doesn’t end up on a positive note: no real adoption, not much innovation. For cryptogeeks it’s a legacy, it’ll stick around for some time no matter what, but in the real world litecoin as a name is nonexistent. That shouldn’t make for an exciting future…Unless.

…Unless LN. The Lightning Network can bridge channels between different blockchains, possibly allowing users to use their LTC at places that accepts Bitcoin.

(Y)ou may wonder why I’m pushing for SegWit. Litecoin does not have a block size problem. That’s right, and SegWit is not just a block scaling solution. I would even say block scaling is just a side benefit of SegWit. The main fix is transaction malleability, which would allow Lightning Networks (LN) to be built on top of Litecoin.

(S)ome people say LN on Bitcoin will kill any reason to use Litecoin. If people can do instantaneous transactions on Bitcoin, why would they use Litecoin? My gut feel is that this is not the case. […] LN nodes will charge a fee for LN txns going through them and that fee will be relative to the Bitcoin network fee. So Bitcoin LN txns will be more expensive than Litecoin LN txns. It may make economic sense for a LN txn to go via Litecoin and back to Bitcoin to get the cheapest rate. Lightning makes this possible because it allows the two LN to be interoperable. I don’t know that this use case will be economical or not, but we won’t know until both LNs are built and running.

Follow segwit.co/ltc to see whether segwit was activated yet. It should be activated in mid May 2017.

Follow the LTCBTC pair technicals on TradingView via this btc_joe’s idea from 23 February - it gets updated daily.