· value is where the crowd isn't
BTCUSD Rates by TradingView

Stats from 2018 - Readers like Melancholic 100x and Ledger Wallets

Look at one tiny piece of the economy of crypto for payments. Plus a look at search and traffic stats for hardware wallets and what it probably means.

And because it’s the end of year I thought I might look at the stats of this blog for once (we’re very diligent and professional around here).

I found a couple of funny things to share with you and then one bit that you might actually factor into your support and resistance line-drawing art next year. That is, in the case crypto wanted to start moving up north again.

Here’s the fun part of the stats that tells a lot about the readers of this blog:

1/ People are far more curious about TensorCharts than about other charting app mentioner here, but in terms of actual registrations TradingView still wins heavily.

We’ll have to add some more guides for TensorCharts, the learning curve is obviously an issue.

2/ For the readers of this blog, Trezor wallet is of absolutely zero interest other than occasionally checking back if they didn’t implement that Monero support after all.

While globally, Trezor and Ledger are contenders with nearly the same traffic. Ledger has a better affiliate program so people are more vocal about it, and it’s also cheaper than Trezor.

3/ People go check out various exchanges but by far mostly sign up at BitMEX.

You guys are sick gamblers.

4/ There is a good segment of readers who are only interested in airdrops and nothing else on this website.

All power to you, brothers and sisters.

Where to expect the salty breakeven sellers

Now for the more substantial part.

Google Trends shows nicely the organic search interest for Ledger Nano S, Trezor and Keepkey - each the strongest keyword for each brand by the amount of traffic it brings in. The trendlines are pretty much the same for the “buy” search phrases.

The price of Bitcoin hit its current ATH of just below 20k USD on December 18, 2017. The peak search interest for hardware wallets occurred between December 10, 2017 and January 6, 2018. For Ledger especially the peak was leaning to the later dates of the range, people were “buying the dip” of the top range.

If you pull BTCUSD price data from Yahoo Finance (relevant chunk of the CSV on Keybase), daily closes for the time span give you an average buying price of around 15.5k USD per Bitcoin.

That is when majority of the retail bought in, or so it seems, and so there will probably be quite some salty breakeven sellers between 15-16k like there were around twelve hundred.

Even if a lot of the search interest didn’t lead to purchase of the wallet (or crypto), it is worth mentioning that according to SEMRush the traffic of trezor.io jumped from 4k a day to 25k visitors a day during December 2017 alone. Ledger.com gained a lot of traffic but the data is not as good because they were also slowly migrating from ledgerwallet.com to ledger.com.

What is perhaps more interesting is that both trezor.io and ledger.com maintained the new higher level of traffic through all of 2018, at least according to SEMRush. Since November apparently both sites appear to be breaking upwards but that can be a Black Friday thing.

Nonetheless, studying organic search for wallets is losing meaning just like it happened with generic bitcoin or crypto queries: People already know the products, they won’t google them anymore.

According to Alexa 80-90% of Trezor’s and Ledger’s traffic is referral or direct. People mostly come from places like MyEtherWallet, Youtube and blogs. 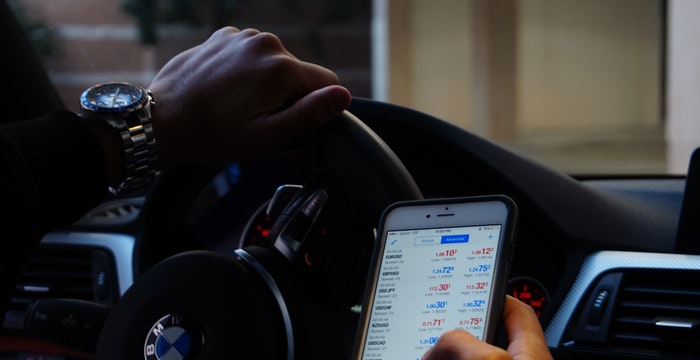 How to set up Recurring buy for crypto on Revolut (DCA)

Complete Crypto DCA Strategy: Why, How, Where

Phemex Trading Arena Round 3 - Race to Glory - Signups open until 20 Jun
Phemex is opening third round of their trading tournament where teams compete against each other trading the BTCUSD perp. If you're on your own, there's plenty of teams to join already. This time the prize pool is $750,000 worth of Bitcoin, and people willing to be team captains receive larger shares. To sign up you need to have a Phemex account with at least 0.005 BTC.
join
ARTDECO Platform Testers (BSC) - accepting people
The NFT marketplace accepts applications from digital creators to become alpha testers paid in tokens. There are several tiers - ARTDECO accepts both technical specialists and user testers.
join
ARTDECO NFT Bounty (BSC) - until 7 Jul
The NFT marketplace project runs an extensive social media bounty on Twitter, Youtube or blogging platforms. Rewards are paid out in BUSD or ARTDECO tokens. Confirmation via sheet and bitcointalk required.
join