Will Your Bitcoin Investment Suffer from Coronavirus? 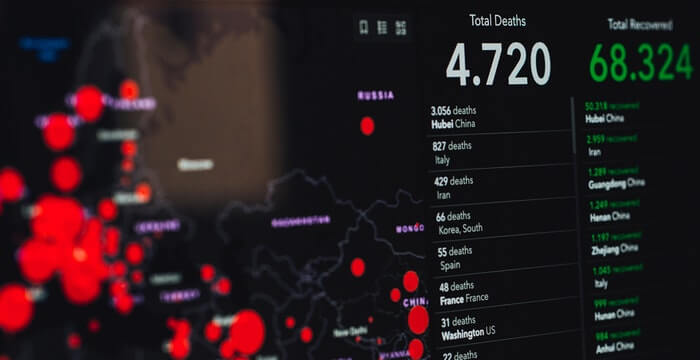 Note: This report was written in 2020 and remains published for reference purposes only.

The changes cannot be ignored any longer.

The global financial markets crash with every natural or man-made disaster. This has been going on for time immemorial, the governments and policy makers still have not found a way around it.

Some say it’s just the problem of fiat currencies, that they are not resilient enough. Fiat is easily impacted by disasters, wars, trade wars, hostilities, nature’s fury or anything that stirs the waters. These failures of governments, central banks and finance industry is felt most on the poorest classes of society.

In this article, we will look at why the coronavirus pandemic may propel the authorities to look at Bitcoin and other cryptocurrencies as a viable and resilient model.

Social classes most impacted by the Coronavirus crisis

Middle class and lower middle classes invest in low-risk schemes with the hope of creating a financial safety net. Yet, every time the market goes for a tumble billions of dollars of their hard-earned investments turn to dust.

The world has gone through many such disasters and typically, people who are in a position to take these decisions, do not fare for the masses.

The need of the hour is to give traditional financial systems a serious rethink. Why is it not possible to lessen the effects of disasters from our financial systems? This will help billions of people all over the world protect themselves, not die from hunger and continue living in a much better way.

Can Bitcoin emerge as a Relatively Stable Financial Asset in 2020?

Bitcoin was founded as a response to the financial crisis of 2007 and 2008.

Its mythical Founder, Satoshi Nakamoto stated in the Bitcoin Whitepaper that the cryptocurrency is free from external influences. This means that factors like recession, inflation and natural emergencies do not have an effect on the valuation.

The aim of Bitcoin as a cryptocurrency is to establish one single digital currency that holds the same value in every part of the world. This frees up currency manipulations, speculations and other negative implications that authorities have on fiat currencies.

Many people have the opinion that because any real assets do not back Bitcoin, it does not hold any value. A dollar or a pound boasts of a certain value, because the government says so.

Bitcoin is “Too volatile to be money”

When Bitcoin first emerged, the price of ‘One Bitcoin’ was a few dollars. In late 2017, the price of that same Bitcoin had skyrocketed to over $20000 USD! As you read this article, Bitcoin is trading at $7000 USD.

This has been the evergreen argument against Bitcoin’s use as money: It makes paying for services difficult if your means of payment is volatile.

Some financial experts and investors predict that the volatility associated with Bitcoins is gone.

There are still real effects in play that might influence the short-term prices of cryptocurrencies in unforeseen ways. One of them is the oil market crash in April 2020, which apparently influences crypto as the oil companies used their oil to generate electricity and mine Bitcoin:

Then there is also the bigger picture, though.

Even before the Coronavirus crisis, it was expected that in 2020 Bitcoin would surge in value and appreciate. It was not only because of the Bitcoin halving in May 2020. It was also known that some nations were taking a serious look at Bitcoins. India was among them. China too has advocated a positive response to cryptocurrencies.

Likewise, even before Coronavirus crisis there were several grassroots protest movements against how the lower end of working class is treated in Europe, and for democracy in Asia. The Yellow Vest movement paralyzed France even before Covid-19 and caused serious economic damage on its own.

The changes cannot be ignored

Even if that might have been the intention, apparently since 2019 it is no longer possible to treat the general population like a disposable clog in the global debt economy. The world economy will want to protect itself from shocks that cause it to come crashing down.

This is why private investors and asset managers are asking their clients to invest in Bitcoins and other cryptocurrencies. They are looking for an alternative and a way to move forward. The liquidity and funding they provide at least for now also enables individuals to take part in cryptocurrency trading.

It is high time that policy makers and authorities try to change the rules of global finance. If this is not done, every emergency will cause billions of people to suffer. The world is slowly moving towards cryptocurrencies and Bitcoin’s presence and rise in valuation over the last decade is a testament to that fact.