EOS - The blockchain that means the business 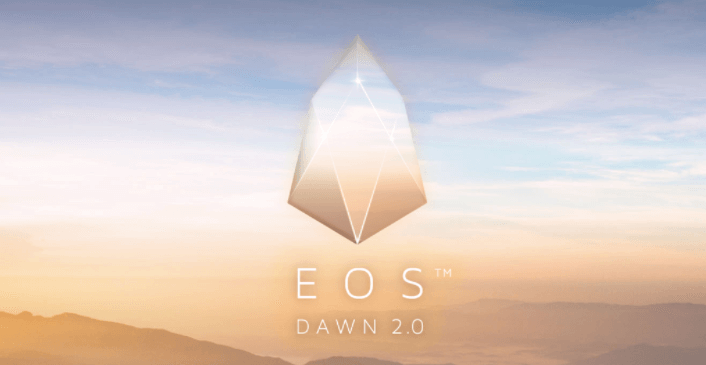 EOS claims to be the operating system for crypto, effectively a competitor to the Ethereum platform.

EOS is one of the most anticipated tokens in 2018. EOS is already being traded but only as an ETH token. All the ETH tokens will be frozen in summer 2018 when EOS will get its own blockchain.

EOS was getting hyped up at the time of writing this article since there is supposed to be a major announcement from the devs on Sunday January 14th 2018. The actual news was a Bithumb person joining the team and an airdrop partnership which had impact on the price. In February 2018 Bitfinex announced they will be adding a new altcoin trading platform EOSfinex - addition to Bitfinex (fiat/tether) and Ethfinex (ETH tokens, decentralized). That was certainly bigger news but it didn’t move the price much.

Currently you can buy or trade EOS on Bitfinex. If you are American and Bitfinex is inaccessible to you, EOS also trades on Binance. Both Binance and Bitfinex have re-opened signups, in case you don’t have an account yet. However, as per terms written on EOS.io both US and Chinese residents are not permitted to buy EOS.

There is an EOSBTC futures market on OKEx.

EOS claims to be the infrastructure for dapps (decentralized applications). We’ve heard that before with Ethereum, but EOS seems to be the project that is learning from Ethereum’s mistakes. The people in charge at least claim something to that effect in one of their introductory videos: The CTO of EOS worked on Steemit and BitShares before and explains was a good prerequisite for being able to consider what more generic features a blockchain business project needs.

The idea of EOS is to build an architecture similar to operating system that will provide the basic components for a decentralized business - data storage, user accounts, scalable communication system. Block.one, the company working on EOS, identified the bottlenecks of both bitcoin and ethereum as difficult to maintain dev-unfriendly code and high transaction fees. Both the high barrier to app development and high fees can work for a blockchain where transactions ought to be rare but it is not possible to have a real business on a blockchain with such properties, especially if what is called “transaction” is in fact the means of communication that needs to be instant and usable at scale.

EOS blockchain comes with a built-in scalability solution, the ledger already counts with some load, the need for cheap transactions and also acknowledges that problems might happen: dapps running on EOS will have a “freeze” option which should stop an attack without the necessity of forks and rollbacks.

Because of the nature of DPOS forks should be rare - the block producers cooperate rather than compete - nonetheless, the whitepaper includes a proposed scenario for potential forks:

In the event there is a fork, consensus will automatically switch to the longest chain. This metric works because the rate at which blocks are added to a blockchain chain fork is directly correlated to the percentage of block producers that share the same consensus. In other words, a blockchain fork with more producers on it will grow in length faster than one with fewer producers. Furthermore, no block producer should be producing blocks on two forks at the same time. If a block producer is caught doing this then such block producer will likely be voted out. Cryptographic evidence of such double-production may also be used to automatically remove abusers.

This all is a proposed solution for the EOS blockchain that is not out yet. The token that you might trade on Bitfinex of Binance is an “EOS Token” that will be exchanged for tokens from EOS blockchain once it launches. EOS is (at the moment) an ERC20 token and can be stored in an Ethereum address.

People naturally converge to comparing EOS and Ethereum, and there are also some skeptics with regard to BitShares - a much older cryptocurrency that also claims thousands of transactions per second. There have been voices about EOS being just BitShares with smart contracts and parallelization, and whether that actually makes sense.

It seems though that this competition with ETH might be a time game: scaling solutions for ETH are promising but still far away, and as for now, ETH blockchain does have scaling problems. With a completely new blockchain that doesn’t have dapps or exchanges relying on it working yet, it should be much easier to develop something that scales and effectively hijack the demand for a scalable blockchain. It is almost funny considering the preliminary token that is traded now runs on Ethereum.

If that’s not enough, something like the Raiden network could always be built on top of eos which would multiply the amount of transactions it could support. The Raiden network can work on any blockchain. Eos simply has a better foundation for future scalability.

I wouldn’t be so quick to call 2018 the year of Ethereum.

Important - What to do if you bought EOS on an exchange

EOS will get a blockchain snapshot later this year - exact date is yet to be announced but it should be before June 1st, 2018. It won’t be a regular event like with the IOTA tangle. The reason is, right now EOS runs on Ethereum but after the snapshot it will be getting its own blockchain, and you need to register the address that holds your EOS ERC20 for it to be included in the snapshot. If you fail to do that you won’t get your EOS blockchain tokens after the snapshot.

According to this Medium post you will not be granted EOS after the snapshot if you have EOS ERC20 as balance on an exchange.