Michael Foster of LocalCryptos: Venezuela could be start of a bigger movement 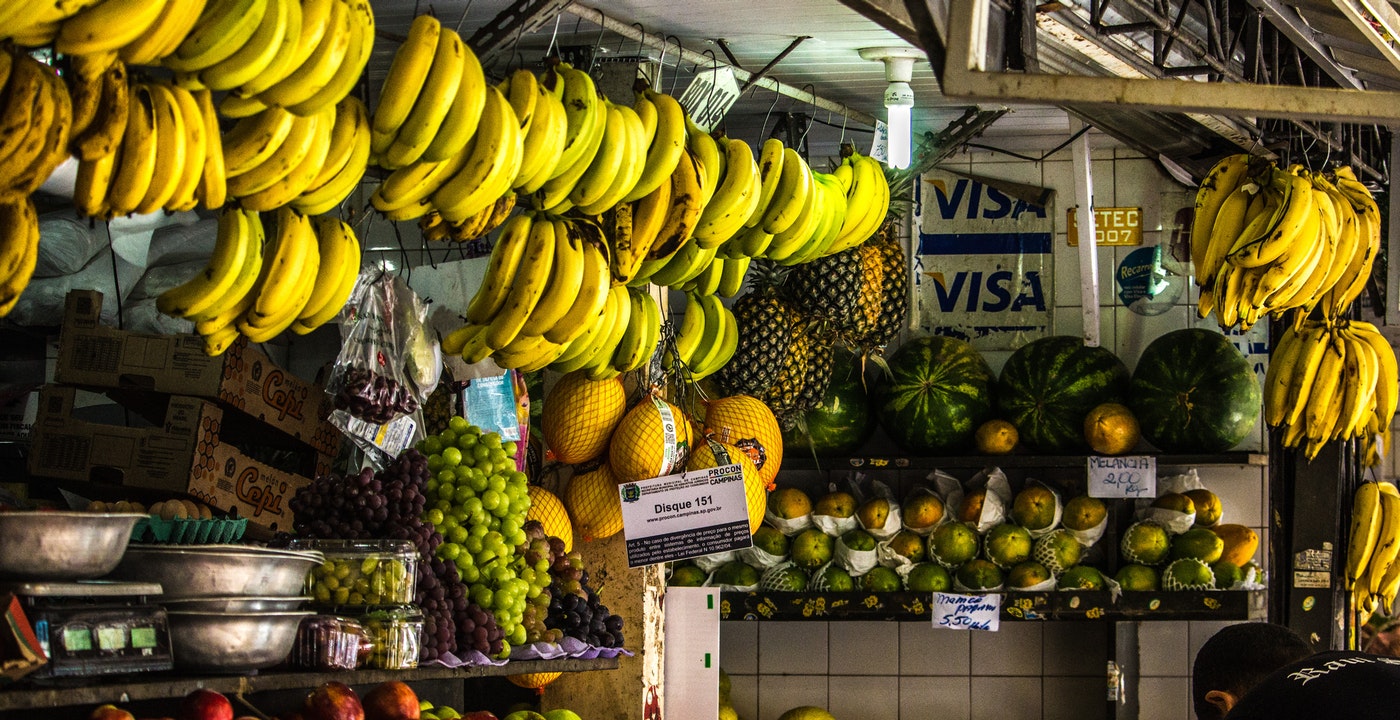 Just in case you didn’t figure it out, LocalCryptos is a peer-to-peer marketplace for Ethereum.

Unlike LocalBitcoins and most other OTC markets LocalCryptos is a dApp running on smart contract escrow and built-in encryption of all communication between the peers who are about to make a trade.

Also still unlike most popular cryptocurrency trading platforms, LocalCryptos is fully non-custodial. You get your own private key upon sign-up, there is no hot wallet to get hacked and no personal communication to leak. Proof of keys, proof of cash.

They are the technically most superior retail OTC platform we currently have in crypto but they are definitely not slumbering: For 2019 LocalCryptos plans to implement self-sovereign KYC as a way for traders to verify each other’s identity without trusting LocalCryptos with any personal information.

LocalCryptos did all that with no ICO, no VC money and not even what would most people call a team: Just two co-founders coding and responding to customer support tickets.

We sat down with Michael Foster, one of the dApp’s co-founders, to chat about Ethereum P2P trading in the past year, challenges of the business and his opinions on blockchain and state. 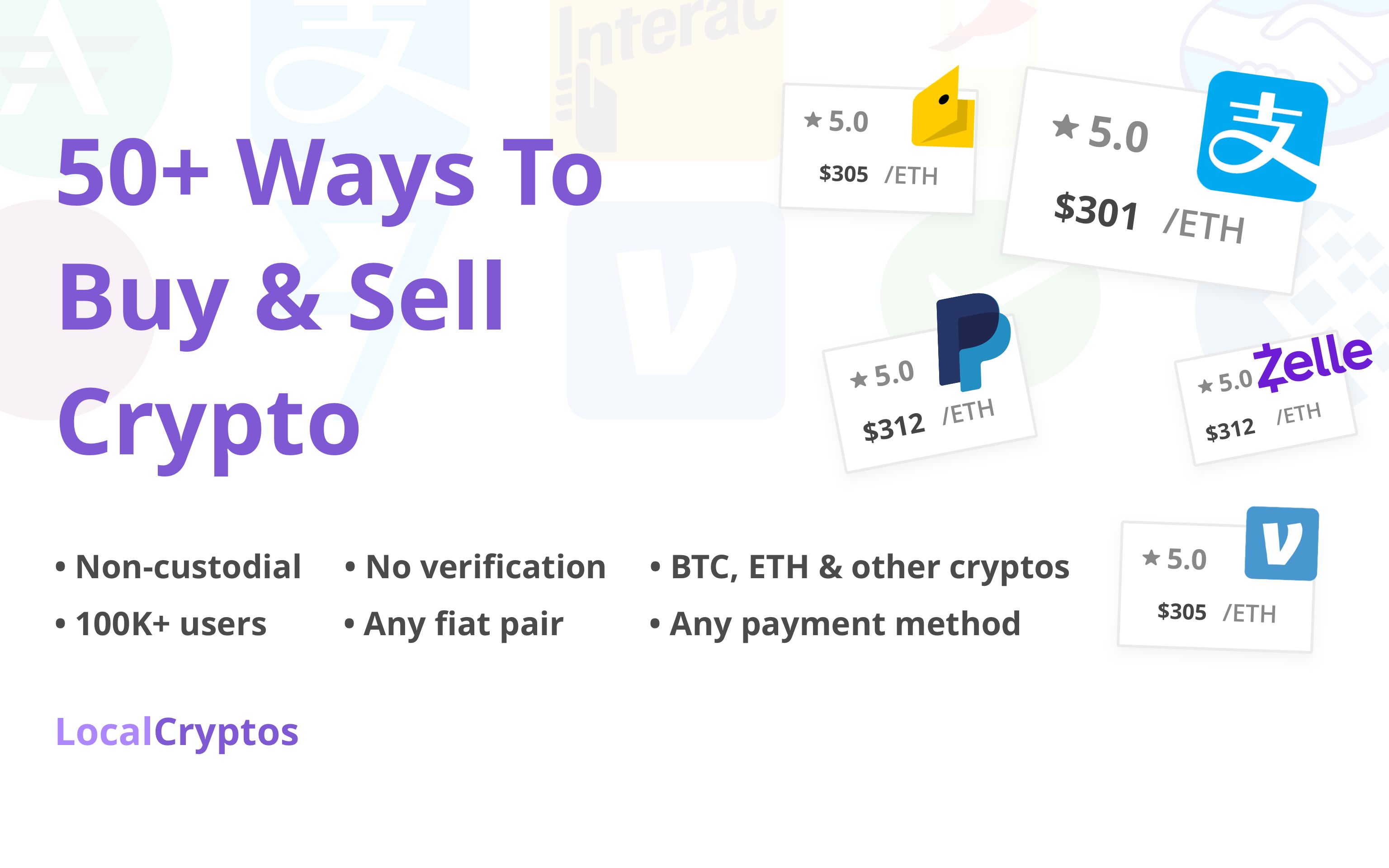 “The boom forced us to learn how to keep up, the bear market reminded us to stay frugal and remain strategic and careful.” (LocalCryptos Blog)

According to the stats from dAppRadar, daily active users on LocalCryptos have been falling through 2018 but the daily traded volumes have been steadily increasing. That means the trade has been growing, even though the number of participants has decreased.

It looks very optimistic for a year of bear market, was it the result of a targeted marketing strategy?

We definitely had to get creative with our marketing.

These days you need to think outside the box when you want to advertise in the cryptocurrency space. You’re not allowed to advertise on mainstream platforms - not only Google but also Facebook, Twitter and even Reddit.

At first, we would place our ads on niche cryptocurrency websites, but the costs of this kind of advertising skyrocketed in early 2018. There was a lot of money in the blockchain industry still from the 2017 token sale boom.

Essentially, we ended up competing for ad slots with projects that had hundreds millions of dollars in ICO money. Instead of trying to outbid them, we decided to focus on encouraging word of mouth.

That’s only one part of the problem. With a clunky platform you won’t create positive customer experiences no matter how excellent the customer service is.

Our strategy is to design the platform as user-friendly as possible, and on top of that we are always there to help people if they get stuck.

As a co-founder, I probably talk to thirty-plus customers each day on Telegram, sometimes late at night.

We listen and we iterate; traders who have been around since the beginning will notice the platform looks very different today compared to when we launched.

I think this proactive approach encouraged word of mouth a lot.

People often underestimate how much a small team can achieve, even without overwhelming funding. But still, you launched in October 2017 right into the peak of the cryptocurrency bubble. How did you handle the first months after launch?

There was a lot that couldn’t be predicted. The market was a roller coaster as usual, and LocalCryptos’s volume generally follows the overall market.

In the early months of 2018, we had a huge influx of signups from a mainstream audience. Our platform had only just launched then, and we weren’t ready for the overwhelming demand.

We spent hours each day brainstorming ways to simplify the user interface, and to rephrase our user guides so that laymen would understand them.

At the time, LocalCryptos was only two people.

Customer support itself became just too much to handle. At the height of the 2018 boom, I would routinely wake up to one-hundred-plus new support tickets.

So as your user base gradually changed in 2018 along with the changes on the market, did you also notice a geographical shift?

When we launched, we had no expectations for the countries in top positions.

In terms of trade activity, Venezuela is our top country.

In terms of trading volumes, China and Russia are leading, but we have users in almost every country in the world. Other popular countries are the U.S., the U.K., Spain, New Zealand and India.

Many people argue the notorious interest in cryptocurrencies in Venezuela doesn’t matter. It is not a rich country after all, the amount of money a Venezuelan can bring to the cryptocurrency markets is quite small.

I don’t think the interest in crypto from Venezuela doesn’t matter. I think it could be the start of something bigger.

Seeing the growing number of LocalCryptos users from there brought me back to why I found interest in Bitcoin in 2010: Cryptocurrency has the potential to rapidly accelerate economic freedom.

Freedom is necessary for societies to progress - that’s a fact that many leaders sadly don’t understand, particularly in countries like Venezuela, Argentina, Iran and Cuba.

In my opinion, Venezuela is the most important country for developers and crypto-evangelists to focus on, and I think it could become a great example for the rest of the world once it is “flipped” to a blockchain-based economy.

That’s not an exaggeration, in my opinion the flip is totally possible.

I’m excited about cryptocurrency lifting oppressed people out of depressed economies. If I can help by providing tools people use to prosper without the state, even better.

On LocalCryptos we’ve done a lot to accommodate the demand from Latin America. The website is now available in Spanish, we opened a new Spanish telegram group, and we hired community staff in Venezuela. I’ve been learning Spanish as well, but I’m not very good.

If the flip to blockchain-based economy were to happen, peer-to-peer marketplaces would probably play an important role in it - this type of activity can initiate changes in the bottom-up direction.

Quite in general, what do you think are the biggest bottlenecks for people who are getting into P2P trading?

The biggest obstacle to P2P trading is getting your head around the whole process, especially if you’re coming from exchange trading.

One thing is your personal security and responsibility for your cryptocurrency holdings. Centralized exchanges hold your crypto for you at all times, but LocalCryptos is a non-custodial marketplace.

Second thing is trading without order books. Trading exchanges have bids and asks lined up in centralized order books and matched automatically with a matching algorithm. On a P2P platform, users need to manually choose a person to trade with. That concept is very new and strange to some people.

Then there are also the scammers. How do you deal with abuse of the platform?

Yeah, scammers can be tricky to deal with, but I think their presence is sometimes overstated.

User reputation is a really useful tool here. At the end of each trade, users are asked to rate each other. If a user’s feedback score is very low or if they get reported, they’ll be booted from the platform.

Most types of scams can be prevented with better guides and education. Once you are aware of the scam, you know what to watch out for.

For example, the most common scam is to convince the seller to send ETH outside of escrow. The scammer will put their Ethereum address in a chat message and convince the other party to transfer ETH directly to them, before they vanish with the funds.

We’ve mostly solved this by having a loud warning message pop up whenever a user posts an Ethereum address via a chat message.

Another very common scam is for the buyer to send a fake transfer receipt and trick the seller into releasing the escrow early.

We’re now working on an improved user-interface that will clearly explain the escrow process to new users because it’s usually people brand new to cryptocurrency who are prey to scams like this. We’re also going to publish video guides later in the year.

How about more advanced abuse, like the free option scam?

You are referring to people using P2P markets as free options contracts especially during volatile times, which is a more complex maneuver.

I don’t know if it can be technically called a scam because both parties receive what they agreed upon in the end, however it can be a problem.

It does lock up the seller’s funds in the escrow, so they are potentially losing money they could otherwise use in an actual trade.

Yeah. How this works is that a buyer will lock in a trade at some rate, and then stay silent for an hour or so. If the market moves up in that period, they’ll complete the trade because they can sell the ETH immediately for a profit; if the market moves down, they’ll cancel the trade.

This kind of behaviour is tricky to detect or prevent from our side, however it can definitely be improved with better guides and education.

As a trader, you can minimize the impact of this by limiting the trade size for users you have never traded with before.

In general, if you are a P2P trader, these risks should be reflected in your pricing rather than regulated by the platform.

One last question: What is in store for LocalCryptos in 2019?

One thing you can expect in 2019 is changes to the user-interface, and even the homepage will have a makeover.

We want to make P2P trading simple for everyone, whether you are learning about Ethereum for the first time ever, or you have been trading Bitcoin since 2012.

We have some more announcements coming in the first months of 2019. Unfortunately I can’t announce some things yet; it’s too early and I don’t want to spoil a good surprise.