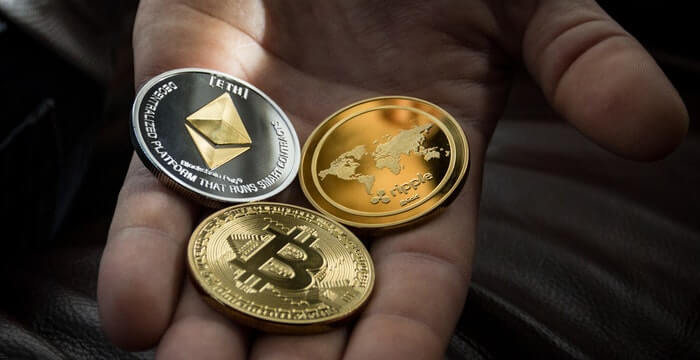 DeFi and collateralised stablecoins like Dai are much closer to a money operated by central bank.

This post is not about DeFi or stablecoins. It’s about the fundamentals of mined, proof-of-work cryptos based on blockchain that gets generated in a given sequence that cannot be changed to create monetary policies.

Immutability as a fundamental

Any changes brought to a public blockchain are publicly recorded and these records cannot be tampered with.

That provides it with a digital, but nonetheless real fundamental - it is impossible to generate money out of thin air based on an order by an authority.

Where this doesn’t hold true are IOU coins - stablecoins. Stablecoins pegged to a target use the exact same monetary policies as central banks. They manipulate supply, change interest rate and some do open market interventions as well.

Proof Of Work: Mining as a fundamental

Information is distributed through blockchain in nodes called blocks. To add new information to the blocks, a member of the network has to provide the famous proof of work, or PoW, by solving a sort of mathematical calculation.

One type of such “new information” added to the blockchain are transactions.

PoW mining devices are set up to look for a solution of a mathematical problem. When a solution is found, a new block in the ledger is “mined”. The new block is broadcast and with it all the information submitted to add to the blockchain.

The miner collects a payout in the blockchain’s currency as a reward for providing the proof of work. This is how the supply of the cryptocurrency is provided.

Hashrate is the speed at which mining devices are completing the proof-of-work operation.

The higher the hashrate, the better the opportunity of finding the next block and receiving the mining reward.

There is a hashrate vs price dynamic in Bitcoin or other PoW cryptos. It is not a quick one to react on changes in the market, though.

There are traders who claim that “Bitcoin is structured so that hashrate follows price”. The reason is meant to be the same one as the one that contributes to the jumpy character and overreactions we keep seeing in crypto: Delayed decisions.

In a bear market, some miners choose to keep mining at a loss. By doing that they speculate that they will survive long enough to eventually realize a profit. That is not completely irrational.

Some miners will drop out, which will make it easier to mine because there is now less competition. This is a hashrate increase. The increased profitability of mining will lure miners back in. But just as with traders waiting for a reversal, very few are eager to take a risk without confirmation. In the case of mining profitability, miners are waiting for a bull run to start. Once this confirmation comes, miners and traders alike will FOMO back into the market.

For fundamental analysis of big cryptos like Bitcoin, also consider “hashprice” instead of “hashrate”.

Hash Price measures the daily mining profits, it is the ratio of daily mining revenue and the hashes generated per day.

Hashrate fluctuates a lot, hashprice gives a much clearer picture.

On the chart from here you can see that both hashrate and hashprice of BTC started reversing upwards when the market overreacted with the drop to 3K USD.

Network activity is a much less technical fundamental market metric.

The basic idea is to judge the health of a blockchain network by how much it gets used.

Some form of network activity is relevant market metric in any type of cryptocurrency: DeFi uses similar metrics to asses the health of its markets.