Sign up through Kraken referral link below to get Kraken Futures on Kraken.

Kraken is a prominent cryptocurrency exchange and offers some of the most attractive features - low fees, great security, user-friendly interface.

The primary goal of this review is to analyze Kraken's features and compare them to other top-tier crypto exchanges. We will also go into detail on Kraken’s fees and security.

Kraken has been around since 2014 and has built their reputation by providing a secure trading platform with low trading fees. The company was quick to respond when Mt Gox went down in early 2014 and built their advantage on the market gap that came about with Gox’s failure.

Other than security, user-friendliness is another focus of Kraken. The user interface is easy to understand, including the KYC and deposit process. This should not be overlooked in any cryptocurrency exchange - as a trader you will spend a good amount of time working with the platform’s UI and you do not want to waste your attention on an app that is not streamlined.

The only thing that tarnishes Kraken’s reputation are the notorious problems with overloaded trading engines at peak market times. Traders at Kraken spot markets have been for years reporting serious mishaps, such as stop orders not triggering.

What Does Kraken Offer to Crypto Investors?

Kraken is a cryptocurrency exchange and offers a wide range of services to its users. It provides margin trading, short selling, and is one of the largest Bitcoin marketplaces in the world.

Kraken was founded in 2011 by Jesse Powell and has grown to become one of the most popular cryptocurrency exchanges today.

Kraken provides a wide range of services to its users such as margin trading, short selling, and is one of the largest Bitcoin marketplaces in the world. Kraken acquired the Cryptowatch charting platform and the cryptocurrency derivative platform Cryptofacilities which it integrated as a new product Kraken Futures.

Kraken is one of the world's leading cryptocurrency exchanges with a focus on trading in the Euro and USD markets.

Q: What are Kraken's fees?

A: Kraken's fees are dynamic based on trading volumes and vary by market.

The fee you agree to pay is set at the time of your funding. The fees may vary depending on the size of your trade and whether or not you placed it during the "High" or "Low" price window.

It also depends on whether or not you're using leverage, which can lead to higher costs if you're trading above a certain value

Kraken offers security and professional support to its users. Their platform makes it easy for people to buy, sell and trade cryptocurrencies like Bitcoin, Ethereum, and Litecoin, as well as smaller niche altcoins.

Kraken is a cryptocurrency exchange headquartered in Japan. It operates globally with offices in San Francisco, New York City, London, Paris, Warsaw, Singapore and Tokyo. Kraken also has an office in Toronto.

In terms of security, Kraken offers two-factor authentication as well as other security measures that make it difficult for criminals to steal your account information or access your funds.

Of course, as with any crypto exchange, there are additional risks associated with trading on Kraken's platform because it is not regulated by any financial authority. There is always a chance of losing money if you choose to trade cryptocurrencies and it is paramount to do your own research before you deposit money to a platform.

Also, regarding the instability of cryptocurrencies and the increasing requirements to comply with KYC standards, it has become increasingly important for cryptocurrency exchanges to provide reliable connection with the legacy banking world.

Kraken is an exchange that has long offered a wide range of cryptocurrencies as well as fiat currencies such as USD, EUR, GBP and JPY.

Kraken has been recommended by Investing.com for years now and offers an easy-to-use interface with a minimum number of steps in order to create your account and start trading from almost any location in the world.

How Smooth and Secure Is the User Interface of Kraken?

The security measures taken by Kraken can be seen in its forcing of 2FA authentication using Google Authenticator on individual user accounts.

The interface is customizable and sleek and has a clear and confident feel to it. It helps create the impression that Kraken is a professional trading platform.

The charting and order book visualisation may be a little difficult for a beginner, especially on the derivative platform Kraken Futures. If that is the case for you, there is always the option to trade directly from Cryptowatch - a charting app that most crypto traders are very familiar with.

Cryptowatch is also the go-to gateway to your orders and trades in times of high traffic where the default Kraken’s web app might get less responsive. Just log-in with your Kraken credentials at trade.kraken.com/. 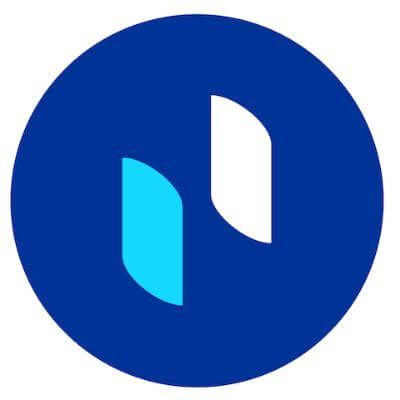 On-Platform Automation: Where to do basic bot trading directly on the crypto exchange Bot Trading · 09/05/21 · #trading-technique

all airdrops
Total 700k USD pool in Braintrust contest - until 30 Sep
BrainTrust is a gig marketplace like Fiverr. To promote their token launch, they are airdropping some to the total of 537 winners. The first prize amounts to 35k USD, the lowest tier winners get 700 USD each.
join
Provide liquidity and earn $GOC - weekly
Due to great demand for liquidity on the PancakeSwap exchange, there will be a $GOC airdrop to top 10 liquidity providers in the GoC/BNB pool on PancakeSwap.🥞 Snapshots of the top 10 liquidity providers will be taken every Friday at 10 am UTC. This is a recurring airdrop.
join
NFT airdrop Metacoin - 21 Sep
The Korean Metacoin project drops NFT gifts on 21 Sep which is a holiday in Korea.
join