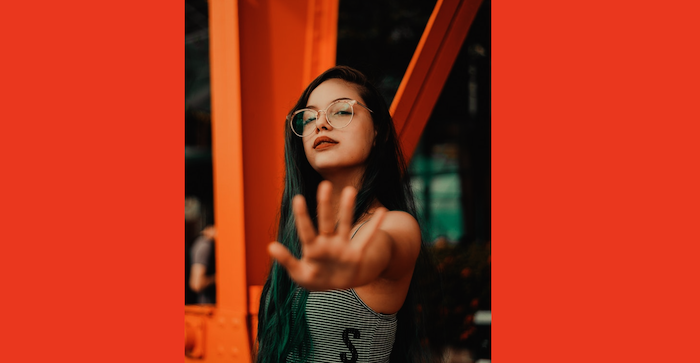 Wyckoff method of avoidance means to trade only the best stocks in the leading sectors. How to apply this motto when trading cryptocurrencies?

Wyckoff method is getting popular in the cryptocurrency space mainly because John Bollinger the author of bbands keeps recommending it on twitter.

While it is a method that has been used heavily on legacy stock markets through a good part of the 20th century, there is no doubt it is useful for crypto as well. The versatility of the Wyckoff method lies in it being so fundamental that it is applicable in most market conditions, as far as they can be analyzed technically.

@kenzboard @MrJozza Yeah, Wyckoff is as near to a universal key to understanding trading as we have.

Wyckoff avoidance is the value trading

In simple terms, the Wyckoff avoidance method means to trade only the best assets in the leading market sectors.

Crypto is an emerging asset class, but there are already ways of determining which cryptocurrency has fundamental value. Focusing on the opportunities in those markets makes your decisions process much clearer:

Altcoin Trading Strategy: How strong a coin is

The Wyckoffian mission is to trade and invest in the best stocks in the leading Industry Groups. We have been studying examples of leadership characteristics using Wyckoff Analysis in combination with relative strength [of industry assets as compared with one another]. Always be seeking the strongest stocks in the strongest groups [but also] study the asset groups that are stalling and falling from favor.

The key point is that a leader of an asset group does not stay the leader forever.

At some point the leader leaves the limelight, becomes a laggard and may stay a laggard for some time. That’s where the Wyckoff avoidance strategy brings a lot of use even for your Hodl stash and long term trades that need periodic re-evaluation. If you spot the transition of a leader to a laggard you are still left with heaps of time to gradually exit the market and decide on your next move.

You can use any of your favorite technical analysis tools that are good for spotting the weakness of a market - divergences would be a very early sign (and possibly a misleading one) but combined with a three-push formation and lower highs when seen relative to the Bollinger bands would be more reliable.

The general technical gist is that this transition is a substantial one, you should be looking for it on longer timeframes (daily, 3D or weekly charts). The market structure will be similar in all assets in the group you are looking at, but the weakening leader would display the crumbling more strongly.

Select assets that are in harmony with the market

Another important point in Wyckoff avoidance is to select assets that move in harmony with the market. The bigger picture and relations between different assets of the same class is often overlooked, but it is incredibly useful also for market timing.

In terms of Wyckoff avoidance, the rule boils down simply to the following:

Assuming we are in a broad crypto bull market, if you can find cryptocurrencies that are performing consistently strong and if you can also find their counterparts, you have your best candidates for your long and short positions:

On legacy markets, it is easy to compare an asset against a composite index: In a bull market, if an asset trades still well below a known resistance line and gains more than the index, it’s typically the strong performer.

The play there is to buy this particular asset, avoiding all the rest of the assets in its group.

The technically suggested time to sell comes when the price approaches a resistance area. Then you can look which stock was performing poorly in the rally: It’s is going to be the one that should drop the most in the coming retrace and therefore it is technically the best candidate for a short.

We now also have composite indexes in cryptocurrency markets, but the information you can get from them is still fairly questionable. Remember, the crypto markets are still very new. More on crypto indexes in our Strategy article about market timing.

Going back to individual coins

To find the inceptions of changes in the market, you will have to go back to individual cryptocurrencies and look for topping patterns and reversals.

If you are a trading beginner, you can use free charting tools like Cryptowatch or TradingView, get a BTCUSD chart with Parabolic SAR, RSI and MACD indicators and go backwards to learn how past trend reversals looked. Then you can compare it with what ETHUSD was doing in that time, and then perhaps XRPUSD and smaller altcoins.

The hourly bitcoin chart below shows Parabolic SAR set to 0.025, 0.02, 0.03 on TradingView. If you click on the picture to zoom it you’ll see it flipping, and if you look at the RSI at the bottom you’ll see a divergence between the RSI lows and the price lows, which is bullish as it shows the lows are too low for the strength of the market.

From a 2017 Financial Times article (archived link without paywall), most likely about the OKEx futures exchange:

“Daniel Masters, the founder of one of the world’s first bitcoin funds – Jersey-based Global Advisors Bitcoin Investment Program (GABI) – is calling for position limits on bitcoin exchanges, after falling prey to a heinous case of cash-to-futures basis manipulation in February, when bitcoin soared to new record high.

Our position was liquidated at $767 and, needless to say, by the time we were back in the market the price was shooting back above $900. This was of course an extremely unfortunate state of affairs in which to find ourselves and a hard lesson learned. Accordingly, we lost around 10% of performance against our benchmark, the USD price of bitcoin.

The matters set out above highlighted another issue with bitcoin trading, which up until this point we had not considered. After the price drop, one player emerged as totally dominant in the open interest of the futures contract.

It seemed pretty clear to us as a result that this event was not just a normal version of a large liquidation, with which we are familiar, but was a premeditated attack. When the dust settled, one unidentified player was short well over half the open interest.

We would therefore class this episode as clear market manipulation, and in fact it was not just momentary: for many days thereafter the basis was so weak that it seemed that the one attack was being followed up by periodic smaller attacks.

As such we approached the exchange. They confirmed to us that there were no position limits whatsoever and that people were free to do whatever they wanted in their “happy trading environment” (yes, they used those actual words). We made it very clear that such activity, whether in a regulated environment or not, might amount to criminality in Hong Kong and would certainly do so in many other jurisdictions.

Following a number of discussions, the exchange encouraged the ‘rogue’ player to withdraw and things have now normalized.”

So, as a last note: Don’t be naive. Of course it’s happening.