Did you HODL for years? Coin control will make it easier to sell

This is a strategy post about a single specific facet of your crypto trading strategy, namely taking profits and exiting the crypto market.

Let’s first start with a quick look at which crypto exchanges are at the top of the list when it comes to moving fiat money.

In the ideal situation, you have bought coins fully verified at one of these exchanges, transferred them to an address that you can prove your ownership of and never moved them elsewhere until now when you send your coins back to the same exchange to sell them for fiat.

The issue is bitcoin’s, but also some other coins’, pseudonymous ledger. Some exchanges will check where the coins you are depositing came from, and big US exchanges like Coinbase and Kraken might reject deposits that have a casino history.

Generally speaking, with larger amounts your profit-taking will go far more smoothly if you sell coins that you provably bought on a KYC exchange, and then just held them.

But what if you are reusing addresses? What if you used you bitcoins as - duh - actual money?

Coin control is a privacy feature of some cryptocurrency wallets. You may have already needed coin control if your wallet suffered from a dust attacks.

The coin control feature can also help you sell your cryptocurrency stack with less trouble, though.

In this crypto strategy article we will show the best practices of coin control in Ledger and Electrum wallets. You’ve got to think ahead and this will make your future selling of crypto easier.

We will also go through your best profit taking options in case your stack moved around a lot and coin control is not an option anymore.

Coin control is an advanced feature of some cryptocurrency wallets that lets you choose which incoming transaction you want to spend and which to leave unspent.

Some cryptocurrency exchanges do care about the history of your bitcoins.

The US exchange and trading platform Coinbase was the first in this cohort, rejecting bitcoin deposits whenever the coins had passed through a known casino wallet in the past.

It is not surprising considering that Coinbase was the first crypto exchange that was court-ordered to hand over customer information to authorities in 2018. It is not the sort of company that can afford the trouble of facilitating anything illegal.

Kraken, another US-based trading platform, followed soon after. Reports of people getting their bitcoin deposits rejected started popping out on Reddit, among them people who claimed they get paid in BTC and but their client sent them coins from god-knows-where.

Vast majority of existing BTC addresses are unidentified, but wallets belonging to casinos, darknet marketplaces and trading platforms are easy to identify.

These wallets might not always have their owner exactly determined, but they will inevitably have higher frequency of transactions going through them, more money in them, or both. They are very easy to tell from your regular private wallet that belongs to an individual.

The solution (well, the ideal one)

Prove at which time point you bought the coins that you own.

If you can prove that the crypto you are selling is the same you, as a verified user, bought at a non-p2p exchange on a certain date, then that also proves it was NOT YOU who owned the coins when they were sent into a casino or a marketplace at any point in their deep and dark past.

Non-p2p exchanges have deep order books, you cannot know who from you are buying or the history of that coins. That means you cannot be held responsible for anything that happened with the coins prior to your buying it.

Once a coin was bought and resold by identified users, practically speaking its past is cleaned.

Selling with KYC what you bought with KYC

As long as you are a hodler, your situation is easy.

You probably moved from your OG address to Segwit

Ideally you should be able to make a bitcoin signature with the address you used to withdraw the coins after you bought them on a KYC exchange.

But as long-term holder you have probably moved your stash from legacy to segwit addresses.

This will still pass. If you deposited from exchange to a legacy address, your access to the legacy address is proven by the fact that you sent the coins out of it.

Did You Reuse Bitcoin Addresses?

How To Check Whether You Reused Bitcoin Addresses:

If you reused a single BTC address for deposits from multiple exchanges, you might still be able to split out the coins that were bought for a fiat deposit somewhere.

Ledger wallets, to take a popular example, use by default the “FIFO” method: First In First Out.

That means your oldest incoming coins get spent first.

Unless you moved 100% of your wallet at one time, there is still chance you will be able to split your coins by their source.

This is how coin control looks in Ledger Live:

What to do when your coins are mixed

Did you move coins between wallets that you don’t own anymore?

You should still be OK as long as there are only personal addresses in between anything that you can verify.

No “hop” in your transaction sequence should look like a busy, high-traffic commercial hot wallet.

Keep in mind that if something dodgy happened with your coins between the two points that you verified ownership of, you will have a hard time convincing the authorities it was not you who were in control of the coins at that point.

Did you move coins around A LOT?

If you reused a single BTC address, you moved around the bulk a lot, and you traded at no-KYC platforms, you might have problems selling your coin.

One obvious solution are the P2P markets like LocalCryptos. You will not be able to trade large amounts there, but it could be good enough for “dollar cost averaging” out of the market.

Another option is making your purchase directly in cryptocurrency.

And lastly, there is crypto-backed lending.

Lending as the way out

There has been a number of P2P lending platforms, both crypto and fiat backed.

The early ones mostly failed, the current ones have been around roughly since the ICO bubble but as of March 2021, none of them are properly licensed for they do, at least not in the US.

The two top crypto-backed loans providers that have at least some license for US are BlockFi and Nexo. You can verify it by looking them up in the Nationwide Multistate Licensing System at https://www.nmlsconsumeraccess.org/.

In 2020, Bitfinex also opened a new service called Bitfinex Borrow which lets you borrow large-cap cryptos or several fiat currencies for collateral made up of cryptos or fiat.

Crypto-backed loans will be one way to buy your lambo if you cannot prove the origin of your holdings.

Other than that, borrowing instead of selling can also be more convenient due to taxes.

Other issues: Banking Routes are Sketchy

To illustrate what will likely happen to quite a few of us in the future, here is a post made on Thursday, February 15, 2018 to the official KrakenSupport subreddit.

Kraken won’t let me withdraw 160,000 USD. I am a Canadian resident and I am trying to withdraw to the same bank account that I made my initial deposits. Here is proof of my verification […] I can also upload all my trades in Kraken to show that none of the money is suspicious.

Kraken’s representative answered the issue was that OP’s bank rejected the transaction and in the spirit of not pissing off their banking partners, Kraken blocked all traffic between OP’s Kraken account and that bank.

OP eventually succeeded withdrawing the amount in small batches of CAD. Other posters chimed in with similar experience - splitting the withdrawal into small chunks and spreading it out among different currencies or even different exchanges is the best way to cash out.

If you want to lower your risks of getting stuck at verifying your accounts on a bunch of exchanges when you decide to sell, open an account and verify now to get ahead 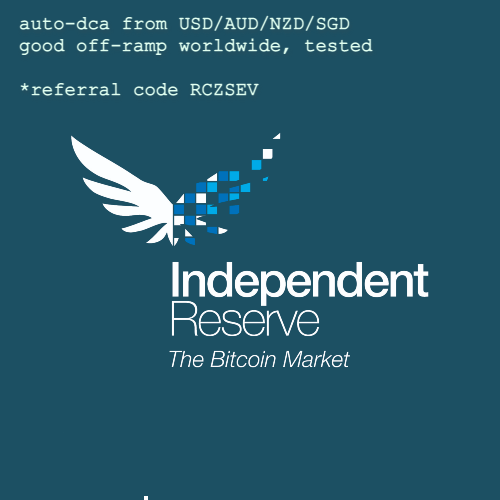